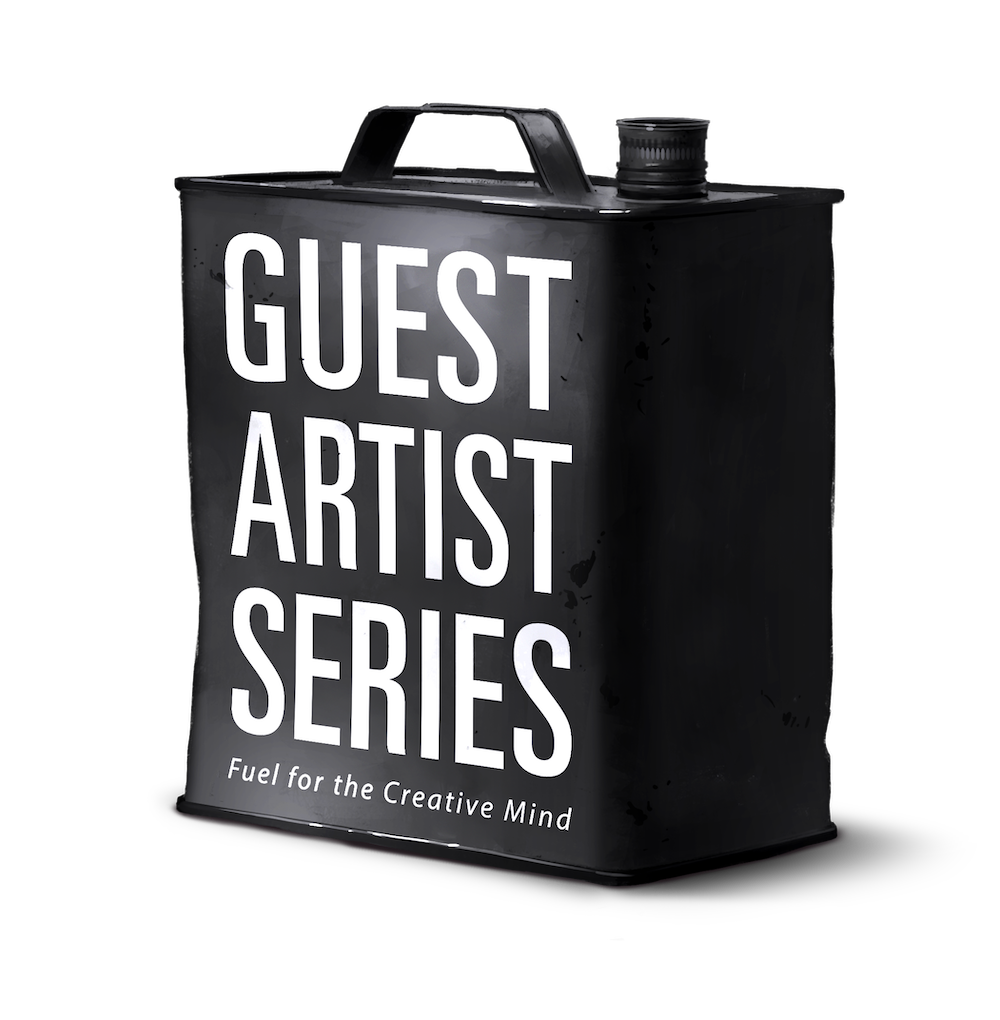 Our Guest Artist Series is a non-profit online gallery created to inspire artists and creative audiences. Every month a new video highlights the work and process of a featured Guest Artist.

A little technical practice comes together beautifully in the mysterious landscape of Falling Sands, made by combining Quixel 3D elements, bashing/rendering in Blender, and painting away in Photoshop.

Waiting Road is an allusion for the state of the main character in the piece: a young musician leaving his native land, tormented by nostalgia and mixed feelings. But despite the internal conflict within, a reflection of hope remains in the form of a silhouette, waiting for him forever at the bus stop.

Early Daybreak is inspired by Mongolian yurts and the Dukha people who live in those icy, mountainous regions. Waking up early before dawn, a lone hunter returns with supplies to stay warm amid the cold, frosty winter.

Ask the people of Chiloé, an island archipelago off the southern coast of Chile, and they might tell you about the infamous Trauco - a small humanoid creature that lives deep in the forest, similar to a dwarf or goblin. According to Chilota mythology, it possesses a powerful allure that's irresistible to anyone it chooses, despite its unsightly face and legs without feet.

This version of the Trauco was created as part of Creatuanary, an art challenge in the vein of Inktober that invites artists to design new creatures every day in January.

Nestled is part of a small series about a valiant young girl and a golden-crowned caribou on a journey, with each work revealing a new locale they've found along the way. Here, our audacious explorers have discovered a lone, seemingly long-abandoned cabin deep in the woods.

The Raptor Queen is a character concept design featuring a powerful mage with an avian-inspired look. Her powers allow her to summon various birds of prey to come to her aid when needed.

Artist Scott Zenteno says, "I recently picked up Blender and wanted to take something I loved from the past and bring it into the modern era! The Ride Armor was the first boss from Mega Man X and faithfully translating its pixels was a great time."

Quiet Sunset is a concept illustration inspired by Gothic architecture and the peaceful stillness of winter. As the sun breaks through the clouds, it casts a warm, welcoming glow on a lone angel statue guarding the graves of the dead.

There are few things better than the joy of discovering a new friend. Hello looks to capture that heartwarming moment of surprise and wonder as a precocious mermaid lass meets an adorable new octopus buddy.

The year is 2280. You're hungry for something warm, but you need it quick. Where does a citizen of the retro-future go to grab a bite? Just hit the local Ramen Drive-In. A friendly bot is always there to rush out yummy noodles straight to your hover car. Enjoy a bowl under the neon glow.

Learn more about the artist
Previous
Next